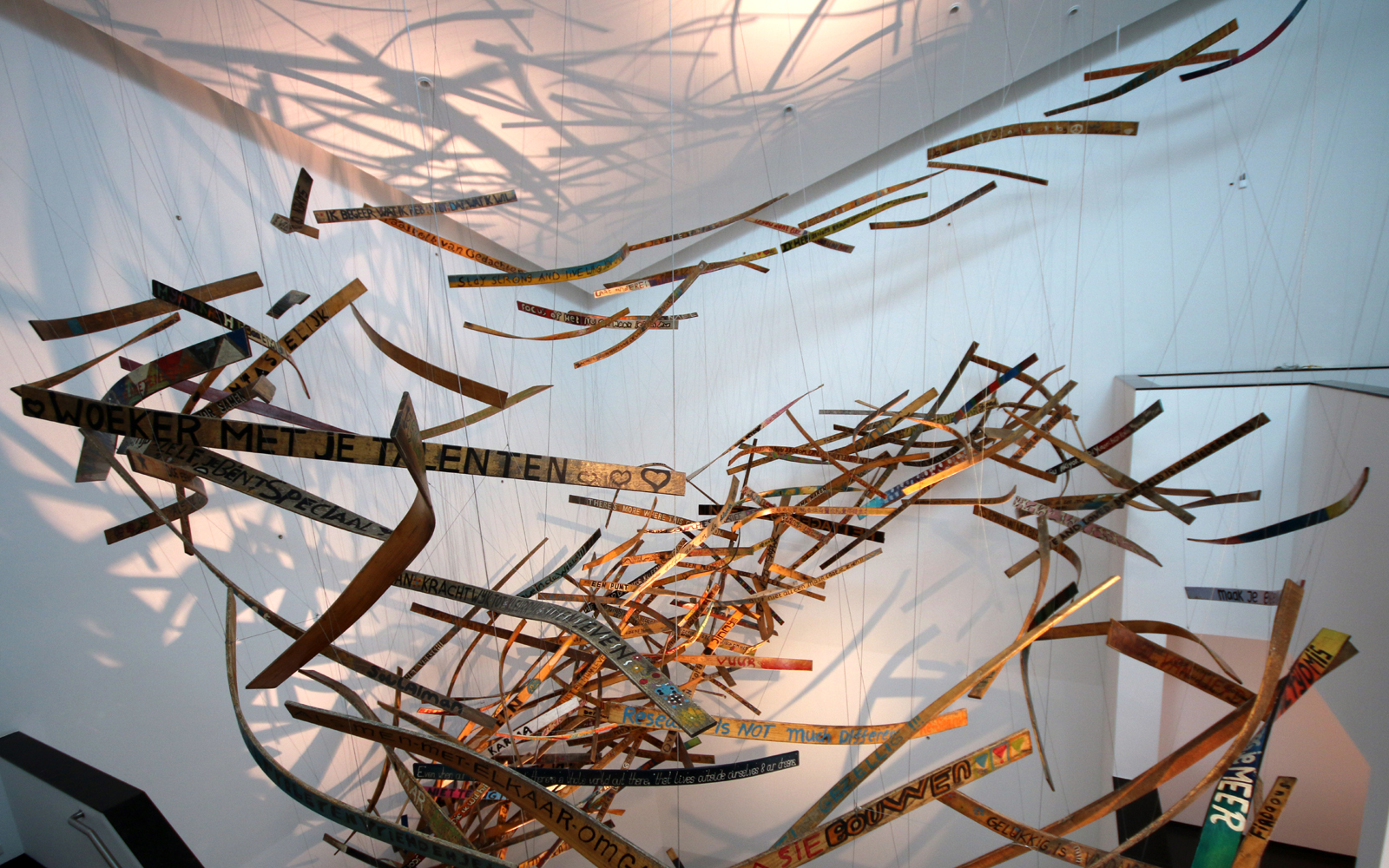 10 Apr WOENSEL SUPERTOLL! bigger than ever back in the Van Abbemuseum

April 18, the work will be officially opened from 7 p.m. Welcome!!

With a spectacular installation, the work Supertoll! by the Eindhoven based artist Tijs Rooijakkers will be back in the Van Abbemuseum. Since 2013, Rooijakkers has been working on the art project Woensel Supertoll! In that year he built a monumental wooden wall in the museum on which rapper Fresku made drawings and wrote texts. Rooijakkers then constructed a gigantic wooden top from the planks. Then the project moved to Woensel. In collaboration with social design collective Tante Netty, Rooijakkers asked local residents to express their motives and ambitions on their own plank. The art project connected hundreds of people from Eindhoven and literally set them in motion. The spectacular installation is now back in the Van Abbe and can be seen in the tower of the collection building until April 2020.